The Department of Tourism Region 2 proudly staged a full house entertainment show at the center stage of the 33rd Philippine Travel Mart (PTM) last October 1, 2022, at 1 o’clock in the afternoon. 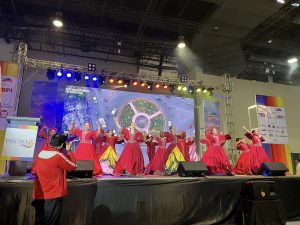 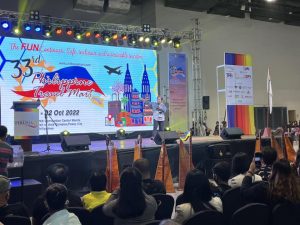 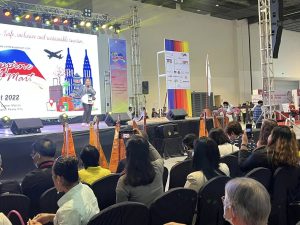 The show was participated by the Balamban Cultural Dance Troupe from Santiago City and the homegrown Harpists from the Municipalities of Lasam, Ballesteros and Pamplona in the Province of Cagayan. 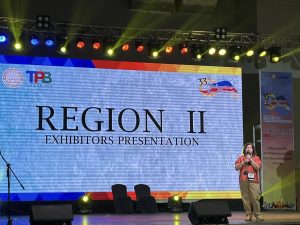 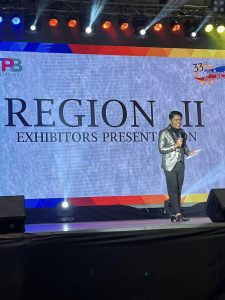 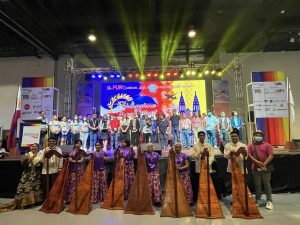 Director Domingo also explained that the DOT project of recognizing, enhancing and promoting the cultural tourism product of the local communities paved the way for the revival of Harp Playing in the region the project Knowledge Transfer on Harp Making and Harp Playing.

Taking of from the cultural tourism portfolio of the National Tourism Development Plan (NTDP), the Department of Tourism, Region 2 partnered with the Department of Environment and Natural Resources for the sourcing of materials for the harp making.

Through the prodding of the local government unit of Ballesteros, Mr. Danny Utanes, the only living harp maker in the region who provided the technical expertise in the creation of ten harps, the project Knowledge transfer on Harp Making and Harp Playing took off and was finally launched in the national stage during the 33rd Philippine Travel Mart.

Audience during the show were encouraged to download the app on apple store and google playstore. Those who were able to download were given bags of goodies by the supporting local government units of the region.

The 33rd PTM is the longest running travel show in the country, managed by the Philippine Tour Operators Association (PHILTOA), a proudly supporting the tourism potentials of the Cagayan Valley and Northern Philippine Islands Region.