The famous Palaui Island in the town of Santa Ana, Cagayan has re-opened for tourism activities today, March 8, 2022. 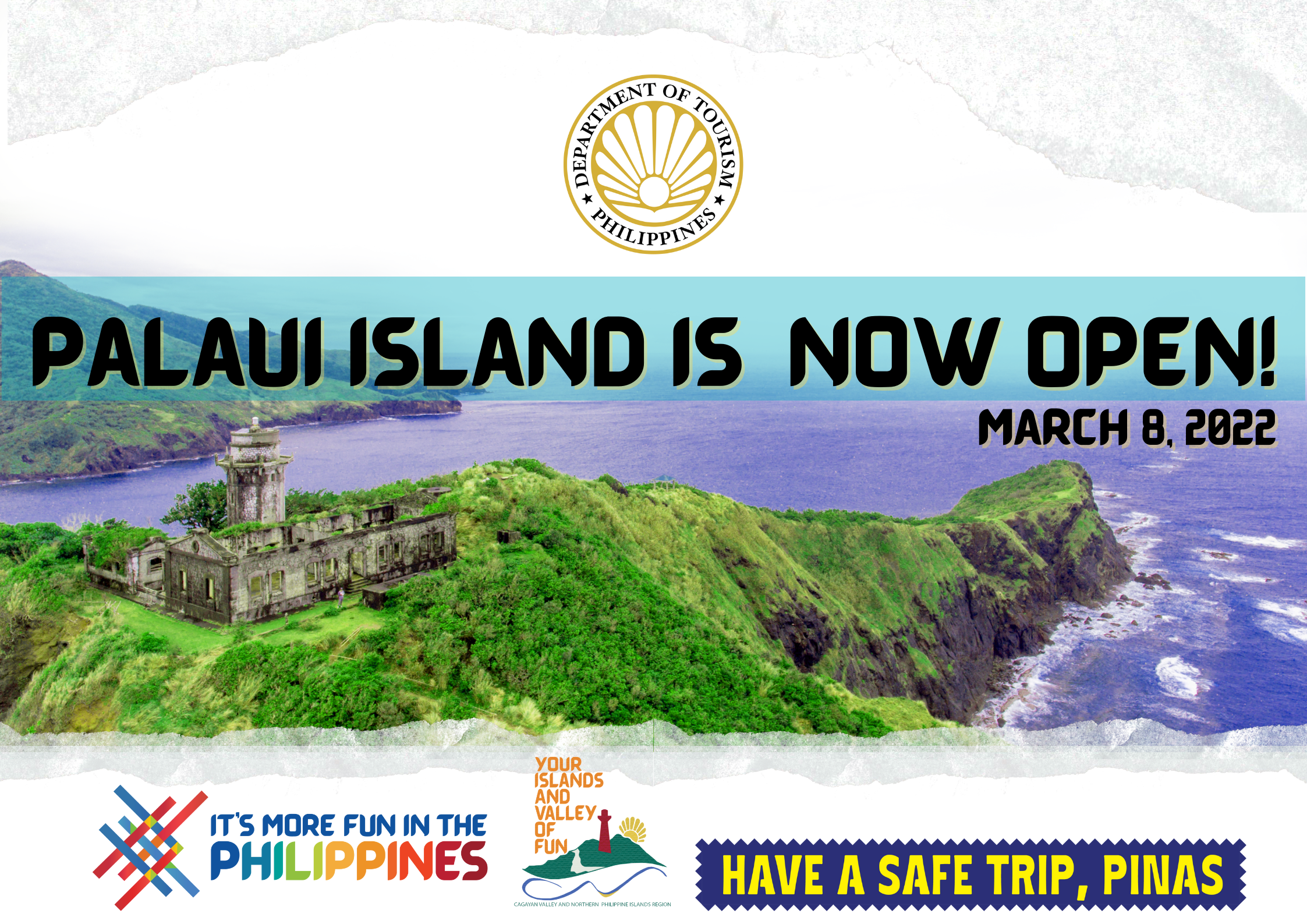 The reopening of Palaui Island was the result of a series of deliberations and discussions among various concerned agencies and stakeholders of the Palaui Island Protected Landscape and Seascape (PIPLS). The crafting of new rules and regulation as well as health and safety protocols to govern the operation of tourism activities in the island was the top priority for its reopening.

During the program, the new guidelines were shared to the public to stress the importance of protecting the environment, the people in the community and the tourists.

The re-opening of the island will help the tourism industry to recover and help the local residents bounce back. This will also strengthen the promotion and marketing of the newly created Santa Ana: Your Adventure Paradise tourism circuit which promotes Palaui Island as an adventure destination and which will also be launched this month.

It was noted that all ecotourism activities at the PIPLS were suspended since the declaration of a public health emergency in March 2020 due to the threat of COVID-19.

It is also noteworthy to mention that Palaui Island drew the attention of the traveling public when it hosted two seasons of the reality television show Survisor USA and was also the location for the World’s Greatest Modern-Day Adventurer-Explorer, Mike Horn’s Travel Show– Cap Horn. Palaui Island was also declared as one of the Top 10 Best Raw Beaches of the World in 2013 by international news outfit CNN.