After years of wanton disregard of the potentials of agriculture as unique way to boost the country’s tourism industry, now we see enterprising farm owners upgrading their farms as tourism sites.

With tweaks in the management and operations of farms from merely planting, maintaining and harvesting their crops’ fruits after a couple of months or so, agricultural farm owners and managers can now have tourism enterprise on the side. 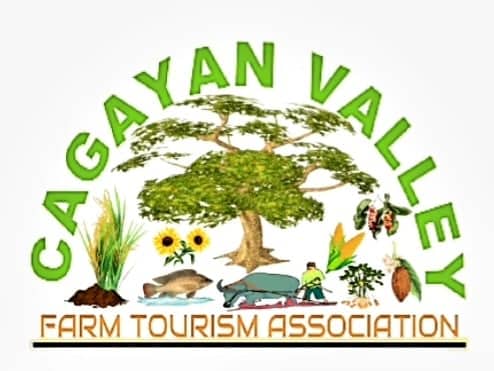 Some four years ago in the early part of 2018 in the Cagayan Valley Region, the thought of venturing into farm tourism materialized when a handful of farm owners and managers said “Why not?”. Agriculture and farming, and the other similar industries including fishing and animal industries have never been as profitable given the region’s and the country’s unpredictable weather condition, poor soil condition, the increasing cost of farm inputs and the reluctance of financial institutions to support especially small farm operations.

Thanks to the regional offices of the Department of Tourism and the Department of Agriculture which came up with a seminar to discuss on the state of the region’s agriculture and the agriculture industry, to the delight of farm owners including Corrine P. Mamba of Cagayan and some others from Batanes, Isabela, Nueva Vizcaya and Quirino. Series of meetings among the farm owners and managers were conducted followed the initial seminar which resulted in their organization and the election of the first set of officers. There are now 28 farm tourism sites including four others renewing their accreditation with the DOT. Some 11 of which are government-owned and managed, while 13 others are privately owned.

Ms. Mamba, who is the president of the Cagayan Valley Farm Tourism Association, said most of the farm tourism sites have established facilities as accommodation and guest rooms, function rooms, swimming pool, specialty restaurants, Al Fresco dining, picnic huts, bar for hot and cold coffee, tea and wine, kitchen for their cooking and processing school, processing machines for mushroom chips and other products, huts, floating cottage, hobbit house and bakeshop, among others.

The services of these tourism sites include: trading/selling of homegrown products and teaching/ demonstrations on how agricultural activities are done in the facilities.

DOT Regional Director Fanibeth Domingo said most the farm tourism sites in the region now have activities like fruits and veggies picking, planting (including the rudiments of grafting especially fruit-bearing trees), tour of the farms, fruit and vegetable processing, mushroom production, animal and pet breeding and feeding, harvesting to cooking of cassava cake, production of goods including souvenir items, organic farming (including square meter box and vertical farming), production of wine, “buro” and beverages, cacao planting and fruit-picking including the production of its by-products like wine/cocktail drinks, tablea, choco bars of export quality, milking from carabao, cow and goats, baking, swimming, fishing, picnic, camping and religious retreat buildings.

Most of the activities entail do-it-yourself (DIY), the regional director said.

Developing further this emerging and amazing tourism industry, it is not far-fetched that the growing trend of land conversions from agricultural land to either residential, commercial or industrial lands will be curbed, Director Domingo said. #PR/RTFAN/#14