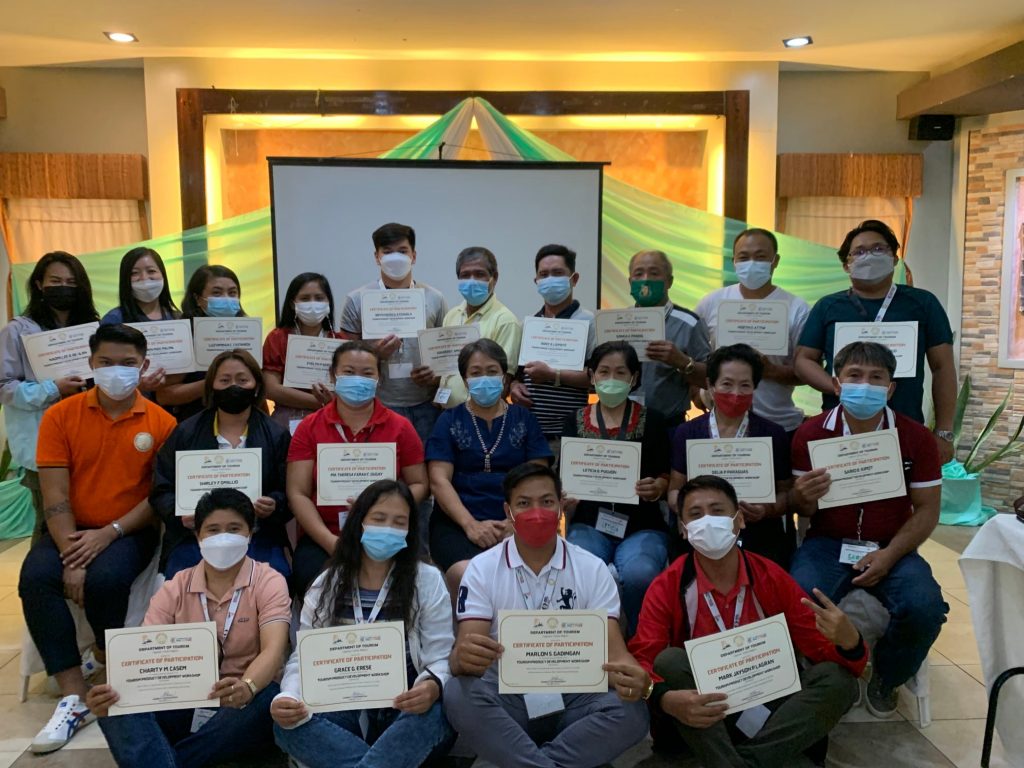 The three-day workshop was attended by Sangguniang Bayan Committee Chair on Environment and Agriculture, Hon. Moises Pindog, who inspired the participants to be open minded and strive to learn the benefits that tourism industry will bring to the barangays involved in the workshop. He also stressed that Sta. Fe has a lot to offer in terms of culture, history, farm and food tourism including its cool climate all year round which needs to be tapped in order to be able to create jobs and uplift the lives of the community through tourism activities.
During the workshop, the participants identified existing attractions and services in the three barangays. This activity entails data generation and research in order for the community to be able to create a tourism circuit which it intends to sell or market.
The participants to the three-day workshop were taught on how to plan and develop the appropriate tourism products through writing an itinerary for the identified cluster while mapping the information into a circuit form.
The Department of Tourism hopes that the resulting tourism circuit will have to be adopted by the community who will be the beneficiaries of the influx of tourists in the future. It was emphasized during the workshop that communities should embrace their culture as a catalyst in preserving their history and environment, particularly those of the Iwak and Kalanguya tribes who were represented during the workshop.
Opening a tourism circuit in an identified area involves a series of dialogues, trainings and assessments which involves different sectors. With the help and active support of the Municipal Tourism Officer Ms. Farrah Dugay, DOT will ensure that a tourism circuit for the Municipality of Sta. Fe will be launched through this Product Development Program of the department.
Barangay Tactac in Sta. Fe town is part of the tourism circuit of the Province of Nueva Vizcaya entitled Feel the Vibe Vizcaya! which was launched last year. The town is about six hours drive on good roads from Metro Manila, two hours’ drive to the Ifugao Rice Terraces, one hour drive to Ambaguio for the Paragliding take off and about three hours from Cauayan City Domestic Airport.
For this workshop, the identified participants include members of Municipal Tourism Council, Municipal Culture and Arts Council, Barangay Officials of Imugan, Malico and Santa Rosa, private stakeholders and department heads and local government officials of Santa Fe, Nueva Vizcaya.
0 Comments
Advisory, Latest News, News Archive