CITY OF ILAGAN, Isabela – Nothing can now stop this city from becoming a bustling city in the North as it gears toward having attractions that will lure tourists to come enjoy and explore its natural and man-made wonders.

Amidst the health pandemic that almost halted all tourism activities, the city government and its residents, all along prepared to resurge from the “devastation”. 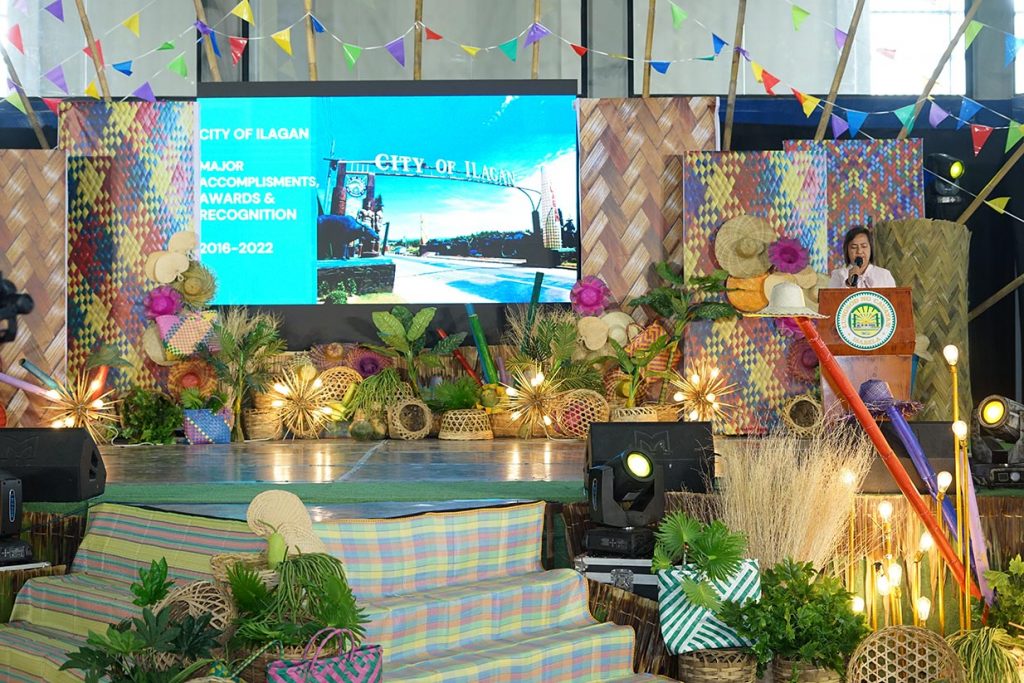 “All these troubles will soon come to an end and then, our tourism industry will continue on to provide income and employment for the people, “Maria Cristina R. Simon, city tourism officer said with optimism, taking from the dynamo of a mayor, Hon. Josemarie L. Diaz.

Taking inspiration from what has been before the COVID 19 attack, the local tourism officials started to inventory the city’s tourism facilities, attractions, cultural properties, tourism and trade events, including manpower.

The city government, early on during the start of the Duterte Administration, already established and refurbished its Ilagan Museum, Tourism Information Center, Pasalubong Center and launched its I-TRIPS which stand for Ilagan Tour and Recreational Itinerary Packages. Local tour guiding trainings and seminars were conducted. Tourism establishments were assisted in their application for DOT accreditation including initial assessments and site inspections, as well as the monitoring of those already accredited by the DOT.

There were no DOT-accredited tourism establishment in 2019. Today, the city has 45 hotel and other accommodations, restaurants, SPAs and farm tourism sites already accredited. Of the 63 tour guides, 19 have already been accredited by the DOT, 19 for renewal of accreditation and 25 for accreditation.

The city government, together with the local residents, have regular cleanliness and beautification drives and environmental protection. Its RAMPAraKALIKASAN or the Lakad, Pulot Kalat at Linis para sa Kalikasan is fast gaining support from residents and non-residents, as well.

“We have conducted our cultural mapping for us to establish and maintain our registry of local cultural properties not only to comply with the requirements under RA 10066 or the Natural Cultural Heritage Act of 2009 and for us to be awarded the Seal of Good Local Governance (SGLG) but for us to appreciate our cultural heritage and be able to pass them on to the next generations,” Simon said.

The city’s products, both goods and services have likewise been inventoried in coordination with the Department of Trade and Industry to enable communities to determine, develop, support and promote culturally-rooted products and services where they are best known for. Connecting the One Town-One Product program with tourism promotion will not only help boost tourism but will also support the local micro, small and medium enterprises. The inventory is now used as reference in locating products to be served to guests and visitors.

The City Government’s Tourism Office is not bereft with awards and recognitions as it was awarded the following: Best Tourism-Oriented LGU by the Association of Tourism Officers of the Philippines in 2016 and in the succeeding years, its Ilagan Sanctuary as the Best Tourism Destination in the Province of Isabela and a consistent Outstanding 100% Compliant in the Seal of Good Local Governance for tourism, cultural heritage and the arts. It was also adjudged as ASEAN, Clean Tourist City in January 2022 for espousing the ASEAN Tourism standards. Ilagan and Baguio City were the only cities in the Philippines that received the award which covers the year 2022 -2024

Recently, the City Government, through its tourism office, conducted its Padyak Galak Para sa Turismo which is health and wellness activity for the city to reopen its tourism industry, and thus, revitalize its economy. At least 600 biking enthusiasts from the city and neighboring towns participated in the event which featured stopovers in the city’s tourism attractions like the Ilagan Japanese Tunnel, Rizal Park, Ilagan Sanctuary and the Bonifacio Park.

Looking forward, the city government has launched its taxi and modern Public Utility Vehicles (PUVs) that will provide modern and air-conditioned vehicles. It is about to open an exciting tourist attraction, the Paramotor Gliding, the operators of which have already been trained and that the units’ arrival is being awaited.

The City Government’s Convention Center which has an 8,000 seating-capacity is now undergoing construction. Once completed, it will host large conventions, indoor sports activities and concerts.

The city’s Bonifacio and Rizal Parks will soon have dancing fountains.

Simon said soon, Ilagan will have its Winter Wonder Park with the theme “Winter in the City of Ilagan”.

Today, the City Tourism Office spearheads the conduct of national and local events and celebrations like Rizal Day, Bonifacio Day, Independence Day, National Arts Month, Cityhood anniversary, National Public Library Day and Christmas celebration as it has shown its vigor and enthusiasm in pushing the city’s tourism industry to its hilt. # PR/RTFAN/#4