The day-long forum was aimed at generating applicable feedback and ideas from the industry stakeholders in order for the Department of Tourism, Region 2 to gather baseline information for the crafting of various tourism projects.

The nine provincial, city and municipal tourism officers, and the three presidents and chairperson of the region’s tourism council, farm tourism association and travel and tour operators’ association highlighted their accomplishments particularly on their tourism recovery efforts during President Rodrigo Roa- Duterte’s Administration. 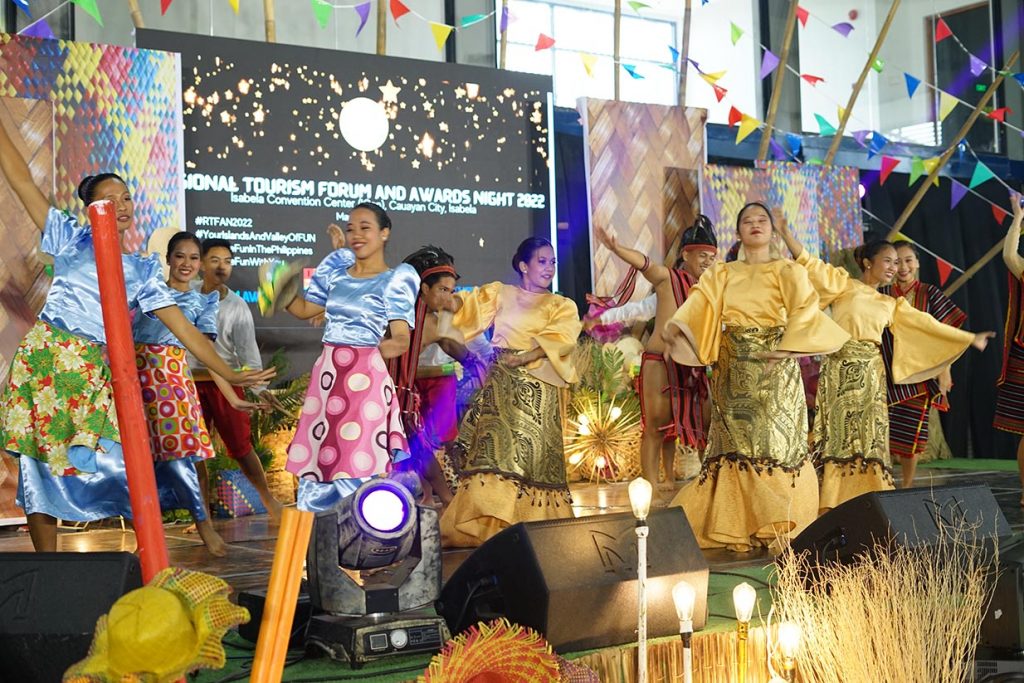 DOT Secretary Bernadette Romulo-Puyat, in her message delivered virtually, said the outlook of the tourism industry is very encouraging as it is steadily recovering from the slump brought about by the COVID-19 pandemic which affected the country and the world.

Despite the pandemic, the country’s tourism industry registered an average growth rate of 6.7 percent vis-à-vis its target of 5.6 percent growth rate, she said.

She said that through the tourism industry, an employment generation rate of 3 percent every year was noted.

Half a million foreign tourists came into the country as soon as travels were allowed with the simplified travel requirements imposed on the tourists, the secretary said.

“In fact, the Philippines had the simplest of travel requirements among Asian countries. With just a ‘fully vaccinated’ document as proof, a tourist is already allowed entry in to the Philippines,” Puyat said.

Meanwhile, at least 53 individuals and public and private organizations were recognized during the awards night that followed the day-long forum.

The awards were accorded for their contributions in keeping the tourism industry afloat amidst the health pandemic brought about by the COVID 19 virus.

National government agencies that extended support to the implementation of DOT’s programs and activities especially during the pandemic were also among the awardees. #PR/RTFAN/#12