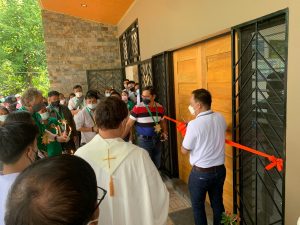 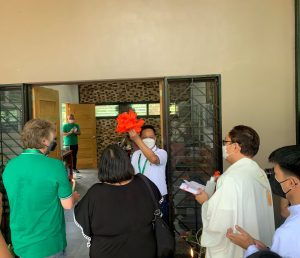 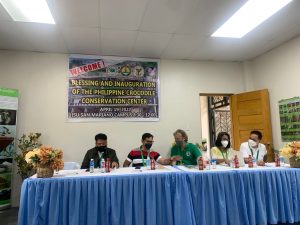 The inauguration was attended by the residents living near the crocodile habitat, the Local Government Unit, the Provincial Government of Isabela, the Department of Environment and Natural Resources (DENR), and other partner agencies.
During the opening program, Mr. Merlijn Van Weerd, Chief Executive Officer of Mabuwaya Foundation shared how the conservation of the Philippine Crocodile came into being. It started in 1999 but it was in 2001 when the sanctuary in San Mariano, Isabela was declared as the first Philippine Crocodile Sanctuary in the Philippines and the first community crocodile sanctuary in the world. 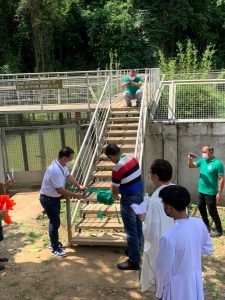 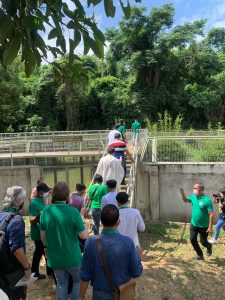 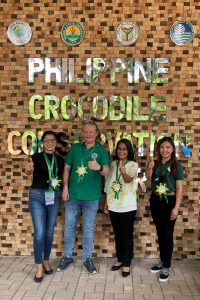 Mr. Weerd highlighted that the area is not a zoo, but a conservation center and that Mabuwaya Foundation looks forward to make it a self-sustaining conservation center.
The Local Government Unit of San Mariano was represented by Vice Mayor Dean Anthony Domalanta who was grateful to witness the inauguration since it is already part of San Mariano’s history. He also encouraged the community and partner agencies to continue to work hand in hand for the project.
Dr. Ricmar Aquino, President of Isabela State University, shared that although there are opportunities other than just being a conservation center, conservation is still the main purpose of the PCCC. Dr. Aquino mentioned the important role of the Department of Tourism in sustaining and promoting the project as a tourism destination.
Moreover, Forester Enrique Passion, Chief of the Conservation and Development Division of DENR Regional Office gave the full support of their agency for the conservation of the Philippine Crocodile since it is one of the four species that the DENR is monitoring. He also assured that this will be included in the discussion with the Regional Wildlife Committee.
The Department of Tourism, Region 2 warmly congratulates the Mabuwaya Foundation and looks forward to the time when we can say that tourists have not been to Region 2 if they have not been to the Philippine Crocodile Conservation Center at the Isabela State University in the Municipality of San Mariano, Province of Isabela.
#PhilippineCrocodileConservationCenter
#YourIslandsAndValleyOfFUN
#PhilippineCrocodile
0 Comments
Latest News, News Archive

DOT AND DA TEAM UP FOR THE FILIPINO FOOD MONTH CELEBRATION