Batanes gets its own Tourist Police

The Department of Tourism (DOT) Region 2, in partnership with the Philippine National Police (PNP),recently conducted the 2-day Crisis Management and Tourist Safety & Security Seminar for Tourist-Oriented Police for Community Order and Protection (TOPCOP) Phase II for the Province of Batanes on May 9-10, 2018 held at the PNP Conference Hall, Basco, Batanes. 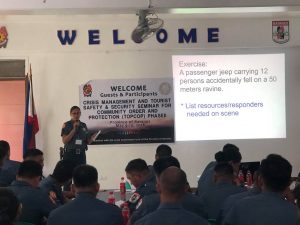 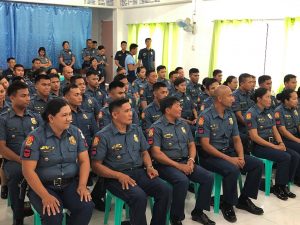 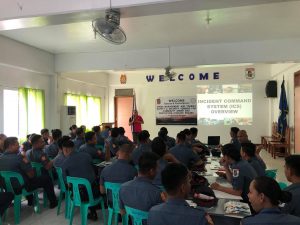 The seminar is designed to enhance TOPCOP’s role as effective tourism frontliners, capable of providing excellent service to visitors travelling around the country.

DOT Regional Director Virgilio M. Maguigad pointed out that one of the concerns of visitors in travelling is the safety and security of the place, thus, peace and order should be properly managed and maintained to achieve successful tourism industry. Although it might not seem necessary in Batanes, tourist police provide civic involvement and enhanced community relations between visitors and locals. He also mentioned that the province of Batanes is the 2nd province in Cagayan Valley Region, next to Province of Nueva Vizcaya,that has conducted Phase II of the said seminar.

Hon. Ronald A. Aguto, Vice Governor of Batanes, also graced the event and delivered his message emphasizing that the seminar will not only benefit the tourists but also the locals specially the youth in the province.

On the other hand, the participants were taught basic principles of tourist safety, first aid and basic life support, media relations, basic report writing and community-oriented policing system. Lectures on human rights, first responder to tourist-related cases, critical incident management and overview of Incident Command System were also discussed by the speakers from the Office of the Director for Operations, PNP Camp Crame.

A total of 43 police officers have satisfactorily completed the said seminar, with majority of the officers being Ivatans.